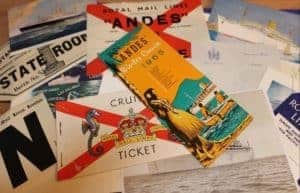 The Horizon Collection is delighted to join forces with Forget-Me-Not Vintage and have a presence in its shop at 65 High Street, Gravesend. Established by Richard Bastow in 2014, upon his retirement from a 40 year career in passenger shipping, The Horizon Collection specialises predominantly in Ocean Liner & Cruise Ship memorabilia. Complementing this, there will also be a regular stock of vintage paper ephemera covering the Stage and Screen and, additionally, collectables of local interest to the town and Thameside Kent.

The maritime items mainly feature a variety of interesting Ocean Liner and Cruise ship collectables from the pre-war period up to the turn of the century. The stock changes frequently but will generally include such items as schedules, brochures, adverts, posters, daily programmes, menus, abstracts of log, passenger lists, shipping publications plus prints, postcards and ship images in various forms. Other types of shipping such as Short Sea & Ferries, Coastal & Inland, Cargo Passenger, Freighters and Naval craft also appear occasionally. However, only a small selection of stock can be displayed at any one time, so should you not be able to find what you are looking for, we would be very pleased to research and source material for any vessel upon request. 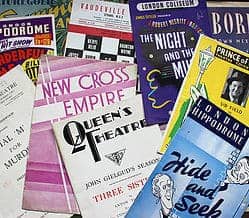 There is a stage and screen collection where both genres are well represented in a selection of programmes, playbills, flyers and other ephemera. These primarily date from Mid-Century, but there is often some pre-1940 original material as well as items, particularly show brochures and movie memorabilia from within the last thirty years, to browse through. Our theatre material also incorporates musical performances, with programmes and handbills covering the opera and ballet as well as the popular recording artists of the 1950’s and 1960’s. There is a sizeable range of programmes from the London West End theatres and these are complemented by an increasing amount of provincial theatre material from around the country. 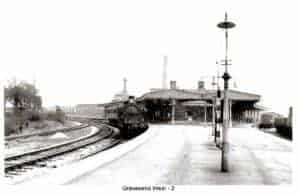 Gravesend’s High Street and its surrounding area is steeped in history so it is appropriate that a small area of the shop display will feature collectable items of local interest, such as old photos, postcards, maps, books and prints. The town is well documented and has been much photographed in the past; so with its famous residents, the Thames, the ferry service, the canal, Rosherville, the Gravesend West railway branch line plus the local villages and Rochester & the Medway, the possible subjects are quite extensive. 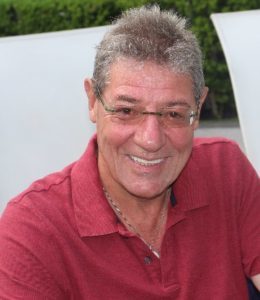 Richard Bastow’s background is firmly in the passenger shipping business and he started his career as a reservations clerk with Shaw Savill in 1973, at the tail-end of the ‘Ten Pound Poms’ sailings to Australia & New Zealand. He worked with the Greek Chandris Cruises and then the Russian CTC Lines before becoming, in 1996, a founder of Cruise & Maritime Services (now Cruise & Maritime Voyages) now operators of a five ship fleet, which includes the classic vessels Astor and Marco Polo. A former resident of Royal Pier Road, Gravesend, Richard retired from his career at the end of 2013 and now resides in St Mary’s Platt, from where he maintains The Horizon Collection. He will be in attendance at the Forget-Me-Not Vintage shop every Wednesday & Friday and looks forward to meeting fellow enthusiasts.

**IMPORTANT ANNOUNCEMENT** The Antiques & Vintage Market originally planned for Sunday 6th December has been cancelled. This is due to the current Covid19 restrictions.We miss our wonderful traders and shoppers and very much look forward to everything getting back to normal next year.Please keep an eye on our social media and website for future updates. With all our best wishes from Faversham Market. ... See MoreSee Less